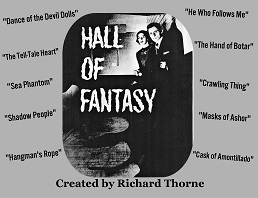 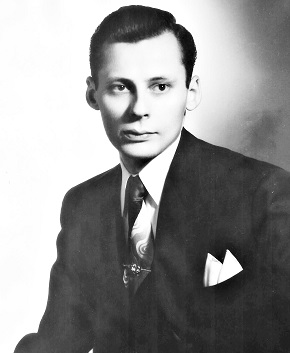 Hall of Fantasy aired “The Dance of the Devil Dolls” on February 9, 1953. The show debuted locally in Utah in 1947 as a mystery series but after fits and starts and a move to Chicago was broadcast nationally but with an emphasis on supernatural horror (with some SF thrown in). Written by creator Richard Thorne (1925-2007), Hall of Fantasy is one of those “underrated” old time radio shows despite some dandy scripts and superb acting. Of its approximately 200 shows, today only about 50 are known to exist.

“Dance of the Devil Dolls” opens with two men returning to their cabin in the woods after a day of fishing, only to find a strange man looking for a doll he needs for the “dance.” If that wasn’t odd enough, later that night they hear him talking to the high-pitched voice of something they can only term as demonic. Thus begins a macabre story dealing with an obscure type of voodoo, tiny animated dolls which seek to kill, the evil woman who controls them, and an expert on this dark practice whose knowledge may or may not lead to an end to the horror. There are some truly creepy moments in this one, so get ready for some chills.

Of the 325+ shows presented here since June of 2009, this is only the sixth episode of Hall of Fantasy we have chosen to showcase. We will endeavor to present others in the future, when the time is ripe for another helping of the supernatural as only Richard Thorne and Hall of Fantasy can bring it.

{After mom’s little monsters listened to this scary episode they began to imagine squeaky little voices coming from their bedroom closet for more than a few of those long nights in February of 1953, causing them to sleep with the door open and the nighlight within view. Come the weekend, however, they were back at it, heading for the corner drugstore to chase their nightmares away with good old science fiction from their favorite magazines, a few of which are shown below. Astounding held strong with its monthly schedule, while Future and If did likewise with their bi-monthly schedules.} 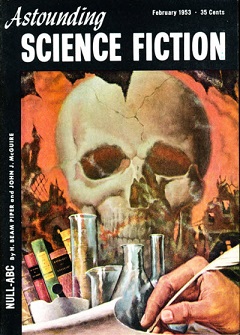 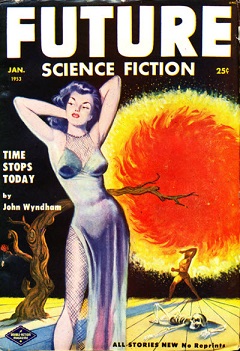 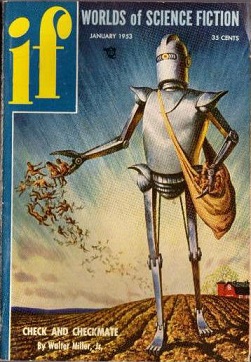