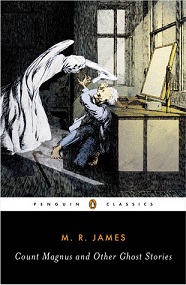 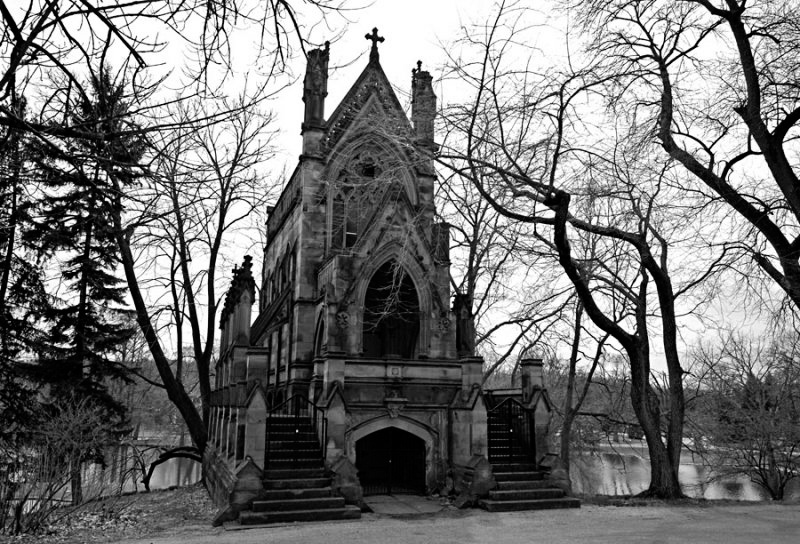 Hall of Fantasy (1947-53) aired “He Who Follows Me” on March 11, 1953. Writer and director Richard Thorne loosely adapted M. R. James’ famous story “Count Magnus” and a creepy dramatization it is. Of the show’s approximately 200 episodes, only 40-50 are known to have survived, which is a shame, because many of them are of superior quality (especially so for a low-budget show). Thorne was quite talented and prolific, and including his adaptations of classic stories from Poe, James and a few others, he would pen all of the original scripts. The show originally aired out of a local Utah radio station for its first four years, focusing on murder mysteries. When Thorne moved from Utah to the midwest the show was picked up nationally after the story material switched to horror and the supernatural (with some SF thrown in occasionally).

As mentioned above, “He Who Follows Me” (aka “Count Magnus”) was loosely inspired by M. R. James’ (1862-1936) harrowing ghost story. It tells the frightful tale of a young couple who innocently wander into an open mausoleum and do not see the deadly warning carved over the portal. What befalls them is of a truly supernatural nature, the eerie sound effects and brooding atmosphere serving to make the dread the listener feels almost palpable. Listen now to one of the better episodes from Hall of Fantasy, an underrated show now becoming more appreciated with the passage of time.

{Having had their fill of dank mausoleums and vengeful ghosts after listening to this Hall of Fantasy episode, the neighborhood gang would hit the corner newsstand for a welcome change of pace back to what they liked best, good old science fiction stories set in space and on other planets, a few of their many choices from March of 1953 showcased below.} 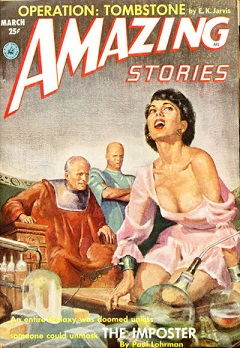 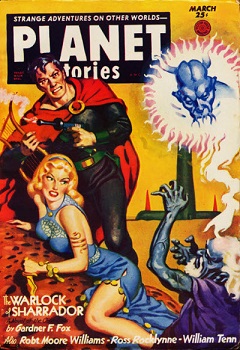 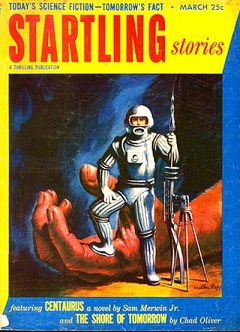