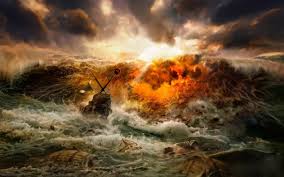 Escape (1947-1954) aired “The Boiling Sea” on September 9, 1954 as its 238th episode. It is the spring of 1945 and you find yourself on a ship somewhere in the South Pacific near the end of World War II. There is danger enough and you have been at sea far too long, yet one more terror awaits you, for a long dormant volcano rises like a deadly behemoth from the depths of the ocean, trapping your ship and all of its crew in the very center of the crater, the boiling water and liquid magma threatening your very lives…unless you can find a way to escape!

“The Boiling Sea” is a tense, danger-fraught thrill ride that draws you in from the very first. If you found yourself in like circumstances, would you be able to think on your feet, adapting to quickly changing events, knowing that an ugly death awaited you if the wrong split-second decision were made? See how the captain and crew fare when they find themselves thrust into “The Boiling Sea.”

As always, Escape‘s production values only added to the radio listener’s experience, thrusting any would-be listener into the heart of the story and making sure they stayed there. The acting, sound effects, and score are all first class.

In the science fiction world, 1954 saw a number of fine novels published, including Richard Matheson’s I Am Legend, Edgar Pangborn’s A Mirror for Observers, Hal Clement’s Mission of Gravity, and the first two volumes of J. R. R. Tolkien’s Lord of the Rings trilogy.

Among the handful of SF magazines ceasing publication in 1954, the most severe loss was the venerable Weird Tales which saw its first issue in 1923. The September 1954 cover shown below was the magazine’s last until 1973 and the first of several revivals. The magazine has struggled off and on ever since, dying and being revived through a number of incarnations, going through several publishers and editorial teams. 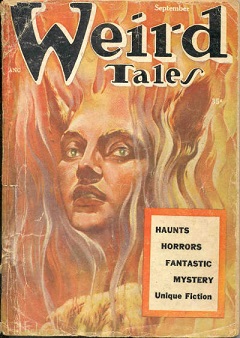 [Thrilled with thoughts of exploding volcanoes, peril at sea, and with imaginations afire, youngsters wanted more of what made them feel alive and immortal. As soon as they could gather the gang and head to their home away from home–the corner newsstand–they grabbed up some of their cherished magazines, a few of which are shown below from September of 1954.] 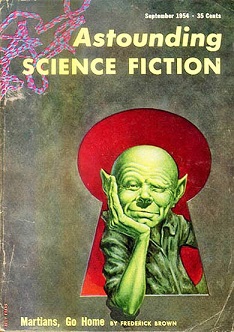 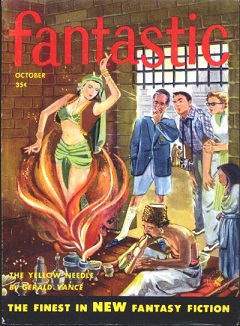 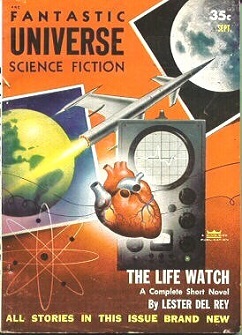