Escape (1947-54) aired “Taboo” on December 3, 1947 as its 17th episode. A couple on vacation in the Carpathian mountains find themselves involved in tracking down and setting a trap for a werewolf after several men from the local village have gone missing. Excellently produced, with superb acting, script, and musical score, the story was written by one Geoffrey Household (1900-1988, photo at right), a prolific British novelist specializing in thrillers, most notably 1939’s Rogue Male, about an attempt to assassinate a European dictator, which was filmed several times beginning in 1941 (as Man Hunt, starring Walter Pidegeon and George Sanders).

As for “Taboo,” we are tasked to figure out just who the werewolf is among several suspects. But first and most importantly, it must be captured or killed, and it is thus courageously decided that to accomplish this a series of human beings must be used as bait. Would you volunteer? And just who is the werewolf? Only by listening carefully to “Taboo” will the answer reveal itself.

I have chosen “Taboo” this week primarily because a friend of mine is on his way to do hands-on research in Romania for a book he is writing. And as we all know, the Carpathian mountains run the length of Romania from north to south. Take heed, Bernie, remain ever vigilant, don’t venture out at night, and trust no one!

{After listening to a creepy werewolf tale in December of 1947, it was time to once again read of other strange and fantastic creatures and worlds, as portrayed in one’s favorite SF and F magazines, several of which are shown below.} 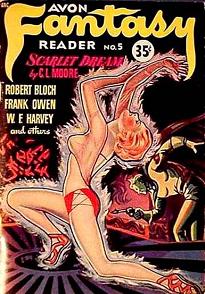 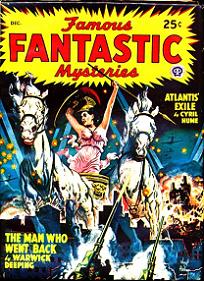 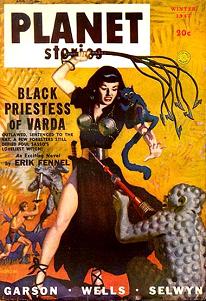