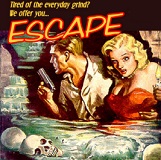 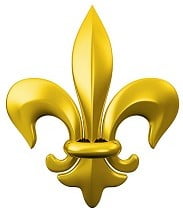 Escape (1947-1954) aired “Operation Fleur De Lys” on July 14, 1947 as the show’s second episode. A spinoff and sister show of the highly popular radio program Suspense (1942-62), Escape produced (according to one source) 251 episodes of which 241 were unique stories, plots, or scripts. Escape concentrated on adventure tales, some with an SF/F theme, though the straight adventure tale set in exotic locales was its meat and potatoes. Escape soon established itself with an even more focused approach to action and exotic adventure, dramatizing literary classics (from such as Rudyard Kipling, Sir Arthur Conan Doyle, Edgar Allan Poe, Ambrose Bierce, Nelson Bond, Ray Bradbury, Eric Ambler, Jack London and others) while at the same time treating its audience to many brand new tales, a fair number of which have become radio classics. In fact, some of Escape‘s original shows were so well written and popular they were later reincarnated for episodes of Suspense.

Jack Webb stars in “Operation Fleur De Lys,” a realistic story drawn from the files of the OSS (forerunner of today’s CIA) during World War II. Set in France, Webb’s character is an American soldier sent on a covert operation of great importance, only to find there is a spy who has deceived gullible members of the French underground and who will surely thwart his mission and put many lives in danger unless he can find and eliminate said spy. This is an all too familiar story demonstrating how everything is fair in Love and War–especially treachery–and the deadly consequences to be suffered if the treachery is discovered. With this in mind, please be aware that this is a no-holds-barred war story with a brutal ending, so be warned if you have youngsters you feel are too young for such a tale.

{The sweltering heat of July 1947 couldn’t keep the neighborhood gang from a long visit to the nearby newsstand for anything to take their minds off the heat. Doc Savage (1933-49) took Doc and his stalwart gang all over the globe and thrust them into sometimes the most macabre adventures. Prime stuff for an eager young audience. It managed 7 issues in 1947, beginning as a monthly and ending as a bi-monthly. fantastic Adventures (1939-53) was good at lost world stories and dark magics, though some of their colorful, enticing covers seemed repetitious at times. It started as a bi-monthly in 1947 but with the September issue became a monthly to end the year. Planet Stories (1939-55) was always a favorite and over its long run published some of the most cherished stories by some of the biggest names in the field. Later a popular DC Comics superhero writer, Gardner F. Fox got the nod for the cover story in this issue. Planet Stories was a quarterly in 1947.] 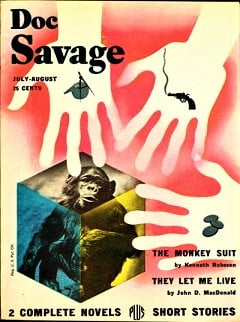 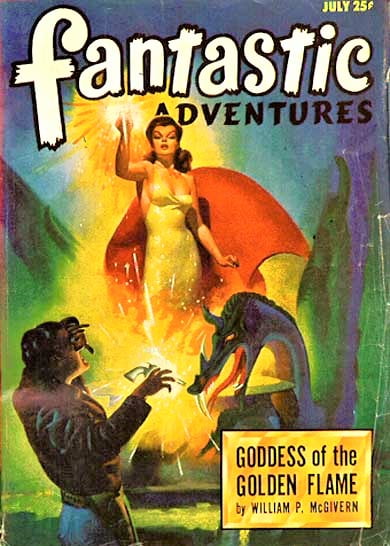 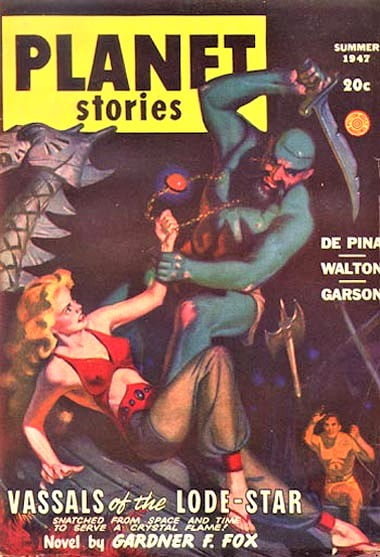