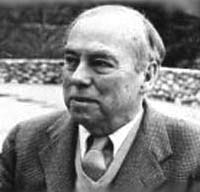 Escape aired John Collier’s famous story “Back for Christmas” on Christmas Eve, December 24, 1947. John Collier (1901-1980) enjoyed seeing a number of his clever, many times dark or supernatural stories adapted for radio and television. This particular story was adapted thrice over a number of years for Suspense, and was a featured episode of the Alfred Hitchcock Presents television show, airing on March 4, 1956. It was also included in his third collection from 1943, The Touch of Nutmeg and More Unlikely Stories.

Cribbing from one of our previous Collier radio adaptations, Evening Primrose:  John Collier’s monumental collection of dark, smartly written tales, Fancies and Goodnights, would win the second-ever International Fantasy Award (1951-1957) in 1952, beating out The Day of the Triffids (2nd place) by John Beynon Harris (aka John Wyndham), and Ray Bradbury’s The Illustrated Man (3rd place).

“Back for Christmas” is yet another of his devilishy clever tales, as a man schemes to commit the perfect murder for ill gotten gain, only to receive a message from the person he has murdered and…any more would surely spoil the holiday surprise. “Back for Christmas” originally appeared in the October 7, 1939 issue of The New Yorker and we invite you to listen to this fine adaptation, for how better to put a smile on your face than to enjoy a murder during the festive holiday season.

{Hoping to lift their spirits after listening to the cheery Christmas murder tale above, SF readers did so by turning to their favorite literature, a few examples of which are pictured below.} 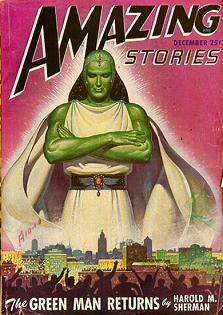 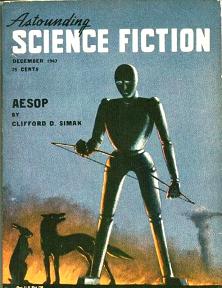 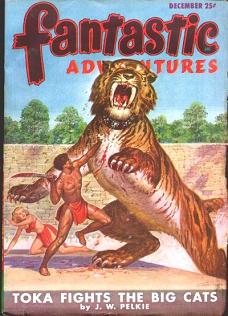 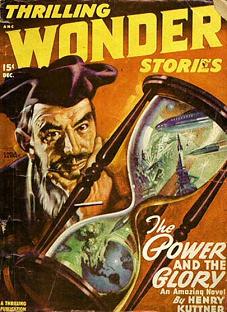 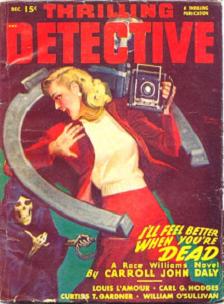 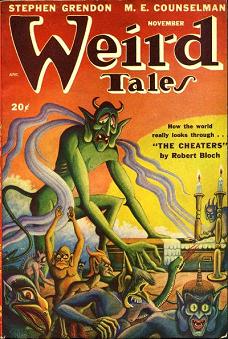