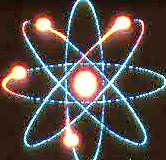 Dimension X aired “Beyond Infinity” on July 21, 1950. The story takes place during a pseudo-WWII setting where we find a  scientist inventing (on the sly) a process for shrinking objects to both atomic and sub-atomic size. A possible use? Ultra-miniaturizing weapons of all sizes, then smuggling them (in a woman’s purse, perhaps) to the Revolutionaries. His device is so powerful it is capable of supplying an entire regiment with weapons on a single trip, where they will be enlarged with a companion device once out of the country. A problem arises when his resistance-fighter son is sought by the Secret Police and is traced to the scientist’s laboratory. And it is at this juncture that the story takes a bizarre twist, abandoning the original storyline, and ventures into wild and woolly super-science SF territory at its pulpiest–and most delightfully Sense-of-Wonder best. “Beyond Infinity” is an exciting flight of the imagination where the nucleus of the atom is the sun to many electron-worlds. Despite the hokey rubber science it has something to say and we found it a heart-warming story for all that. 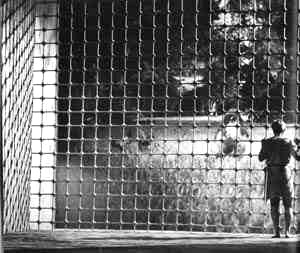