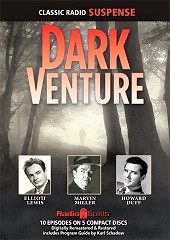 Dark Venture (1945-47) aired “The Man in 206” on December 2, 1946. This is only the third show we have run of what was billed as a “psychological thriller,” the last being in April of 2019. Aside from the fact that there were 130 episodes of which a mere dozen survive, there is so much mis-information, innacurate information, and conflicting information among many online old time radio websites (some reportedly reputable and authoritative), that I turned to long-time friend of this show and Golden Age of Radio historian Karl Schadow for help. Karl wrote the liner notes for the Radio Spirits CD collection of Dark Venture, and with his kind permission–and my thanks–I will excerpt from his far more in-depth introduction, wherein he details the history of this under-appreciated radio show.

“Past aired episodes of Dark Venture (from 1946) were adapted for use by the Armed Forces Radio Service (AFRS) and broadcast without Wildroot’s promotional copy. The program was one of many to be featured on the AFRS Mystery Playhouse. Hunter Galloway was this series’ narrator.”

And finally, “During the initial West Coast run of Dark Venture, the Hollywood-based Radio Life (January 27, 1946) acknowledged that the series “offers realistic psychological studies of men and women with troubled minds who choose the hard way, the fast way, the wrong way to solve their problems.” Once the program garnered a coast-to-coast audience, many newspaper editors expressed opinions similar to those of Mike Mann of Knickerbocker News, Albany, New York. He called the show “one of radio’s standout dramas…a psychological thriller with plenty of action.” Walter Winchell championed Dark Venture in his daily syndicated column (April 14, 1946), declaring it to be “gifted with fine word weaving–a rarity among radio dramas.”

“The Man in 206” is the smart, tightly written story of a multiple murderer the newspapers have dubbed “The Executioner.” A reporter has been sent to the small town where the murders have taken place to cover the story due to its growing sensationalistic nature, only to find an odd connection between an otherwise ordinary boarding house and the fact that, oddly, it always seems to have vacancies at a time when people are sleeping in alleys or all night theaters for lack of more amenable lodgings. Have fun guessing who the murderer is.

{December of 1946 saw the United States at peace following the defeat of the Germans and Japanese in World War II. It would be the happiest Christmas in years and the neighborhood gang caught that joyous vibe from their parents. Finding themselves with an extra few nickels and dimes in their pockets they made their way to the nearby newsstand to grab some of the latest issues of the many SF pulp magazines they now found themselves collecting. Famous Fantastic Mysteries (1939-53) featured classic reprints and for 81 issues published some real gems, transporting its young readers to realms they could barely imagine. It was a bi-monthly in 1946. The Shadow (1931-49) was still a favorite among many who had followed it for years, and for those who sought fast-paced battles with all manner of evil, this filled the bill. It was a monthly in 1946. The Phantom Detective (1933-53) was also a sure buy for those liking their gritty adventure on the dark side (much like the Shadow), with a masked hero they found tres cool. It managed 5 issues in 1946.] 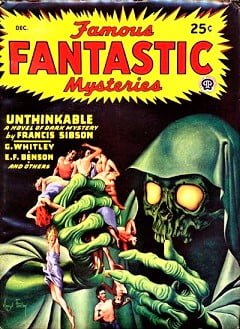 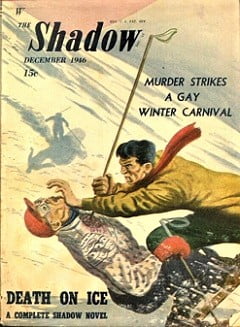 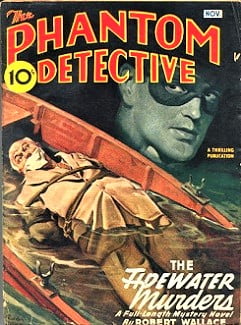