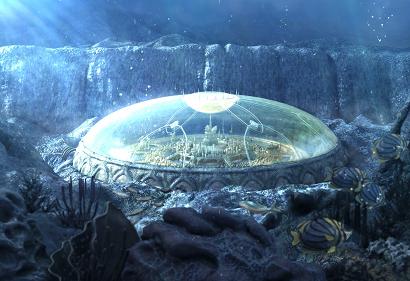 Dark Fantasy (1941-42) aired “The Thing from the Sea” on November 28, 1941 as its third episode. Broadcast out of Oklahoma, Dark Fantasy was the creation of writer Scott Bishop who scripted almost every episode.Without the large budget, full orchestras and prime time radio personalities of many top-tier OTR shows, Dark Fantasy is nevertheless considered by many old time radio pundits to be an underrated sleeper.

While not the best of this short-lived radio show (31 episodes), this episode provides the listener with a heaping helping of Sense of Wonder as it tosses in more SF tropes than you could ever want. Two Hollywoond personalities, a man and woman–and the woman’s movie director father–are on the man’s yacht headed for New Zealand. They are excited and living the dream when of a sudden the yacht’s engines quit…yet the yacht still moves, now under the power of some unseen force. As the tension is ratcheted up and mysteries present themselves, we learn that the boat is under the spell of the emperor and empress of Ebaan, a once mighty civilization now dead for 10,000 years. It, and they, now live deep beneath the ocean. The emperor and empress have taken over the bodies and minds of the Hollywood couple and before you know it everyone is traveling beneath the waves on their way to beautiful domed remnants of the Lost Civilization the emperor and empress wish to restore.

The eager young listener glued to the household radio on this Friday night in 1941 is presented with an evil sea creature with rows of jagged teeth, scales, and grasping claws, there is soaring dialogue which speaks of the ends of the universe, a cataclysmic ending with fire and brimstone, and more. Unfortunately, the “more” includes stilted dialogue and way over the top acting in delivery of said stilted dialogue. But it’s so much fun you chuckle as you keep listening to hear how it all ends. Treat yourself to some hokey fun and give this one a listen while you pretend you’re a child once more at the tender age of 8 or 10. And then remember that the eight or ten year olds on November 28, 1941 would soon grow up rather quickly, for nine days later Japan would attack the United States–and December 7, 1941 would forever shape their lives and those of their parents. Childhood’s end, indeed.

{With Saturday morning a night’s sleep away, young one’s would drift off imagining the trip to the corner drugstore the following morning with their friends, and which of the many magazines they would eagerly devour once paper route money or allowances were spent. Several of their choices are shown below.} 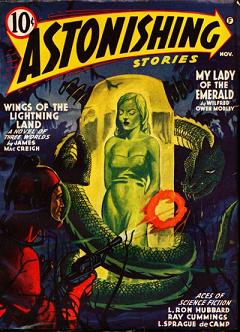 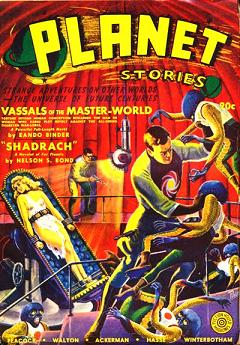 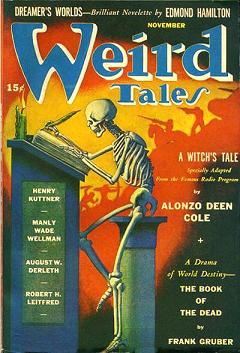 Of note to Old Time Radio fans is the classic Weird Tales cover above. One of the features making the cover is the announcement that “A Witch’s Tale” is “Specially Adapted From the Famous Radio Program by Alonzo Deen Cole.” Unless expensively digitally remastered, most episodes ofThe Witch’s Tale have not fared well over time. The first one presented here some years ago, “Graveyard Mansion,”  details some of the show’s fascinating story, including its influence on the horror tale in radio, and the thirteen year-old girl who took over the role of Old Nancy but who sounded like she was a hundred. “Graveyard Mansion” can be found here.