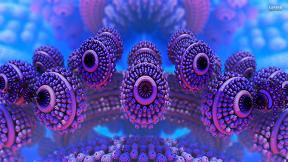 The Columbia Radio Workshop (1936-57) aired an episode of Columbia Presents Corwin titled “The Undecided Molecule” on July 17, 1945. This is one of the most unusual–and without question creative–episodes we have ever run, and illustrates just how innovative radio could be in the right hands, for “The Undecided Molecule” not only educates while entertaining, but does so in the form of a prose poem. A prose poem you ask, with a skeptically raised eyebrow? Yes. “The Undecided Molecule” is clever, witty, and full of excellent wordplay as it takes on the point of view of a certain molecule, and along the way offers social commentary for the well informed listener. The kicker is that various roles are read by such luminaries of the time as Vincent Price, Groucho Marx, Robert Benchley, Sylvia Sidney, Keenan Wynn, and Norman Lloyd. You’ll want to listen to this fast-paced, utterly captivating romp without interruption, for if your concentration waivers you’ll most assuredly miss something to make you smile.

[Art above left: An unbalanced molecule. Above right: A fractal molecule.]

Speaking of science (atoms and molecules and such), unbeknownst to the writers, producers, actors, and national audience listening to this radio drama, a mere 20 days following its presentation the United States would drop the first atomic bomb on Hiroshima, on August 6, 1945. Japan sued for peace four days later on the 10th, following the second A-bomb destroying Nagasaki a day earlier. V-J (Victory in Japan) Day was declared on the 14th. In Europe, Adolf Histler committed suicide on April 30, 1945, Germany surrendered on May 7, and V-E (Victory in Europe) Day was declared on May 8.

{While America was celebrating victory in Europe and turning its attention to defeating Japan, they were not averse to relieving the tension and stress of years of war by enjoying their favorite literary magazines, several of which are shown below. Note that the Thrilling Detective issue includes a story by Leigh Brackett.} 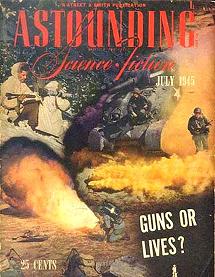 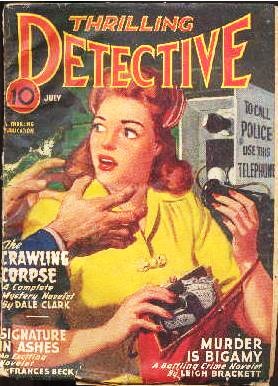 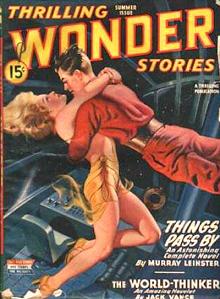