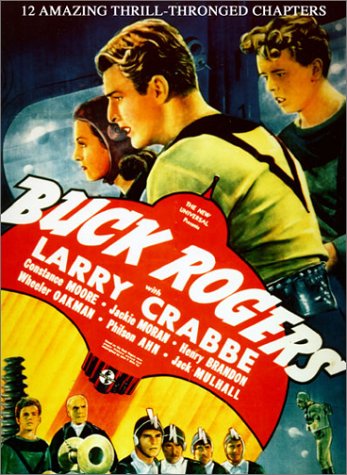 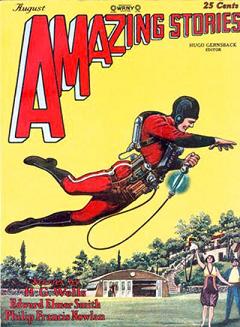 The Buck Rogers radio program aired Buck’s “Origin Story” on April 4, 1938. The program ran from 1932 through 1940 as the very first science fiction program on radio. It was revived following World War II for a short stint from 1946-47.

Buck Rogers’ first appearance came in the August 1928 issue of Amazing Stories, and was written by Philp Francis Nowlan. The original story’s title was “Armageddon 2419 A.D.”. It proved so popular that a mere six months later the first of its long-running newspaper comic strips appeared on January 1, 1929.

As this radio adaptation explains–as Buck lies on a lab table in the 25th century, hooked up to what amounts to a telepathic machine invented by the brilliant scientist-inventor Dr. Huer–he was investigating an abandoned mine in his own time when a cave in released a strange gas that held him in suspended animation for 500 years, when he was then discovered and revived by Dr. Huer. Now in the future, and with the aid of Dr. Huer, Lieutenant of the Space Corps. Wilma Deering, and Black Barney (Martian pirate turned sometime sidekick), Buck battles evil throughout the solar system, many of his adventures involving Killer Kane and Ardala Valmar, who are forever bent on stealing the marvelous 25th century technology for their own evil machinations.

This episode is loaded with just about every early SF trope and gadget you can imagine. Among others there is the “electro-hypnotic mentelephone,” “impervium,” “inertron,” “an extremely sensitive and high frequency piezo-electric response oscillator,” the “electroniformer,” a “gyro-cosmic relativator,” and of course time travel. And if all of this super-science geekery weren’t enough to captivate the young imaginations of its intended audience, the sponsors introduce the winner of the fudgsicle contest as one “Popsicle Pete,” who gushes in a gosh-wow tone about the deliciousness of the fudgsicle and its creamy, frozen, convenient appearance on a stick. All great fun, not to mention that Buck Rogers has been cited as one of the primary influences on such genre authors as Ray Bradbury, Harlan Ellison, Leigh Brackett, Edmond Hamilton, Jack Williamson, and many more. The stories of Buck, whether first in magazines or newspaper comic strips, on radio, or in early movie serials, provided inspiration and optimism at a time (the late 20s and early 30s) when the Great Depression in the country left many grasping for such an escape.

For those new to Buck Rogers, or those who have never gotten around to learning of his beginnings, we now offer his “Origin Story” as presented on radio, some 75 years ago this coming April of 2013 A.D.. 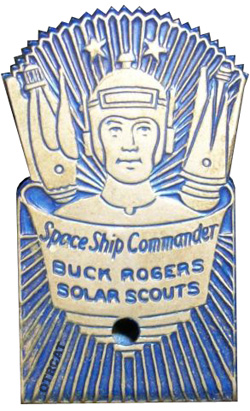 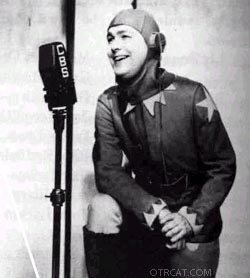 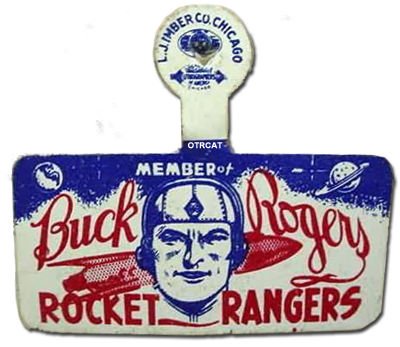 Buck Rogers’ origin story “The Sleeper” from the February 4, 1929 comic strip. Buck awakes from suspended animation to find danger in a new world.