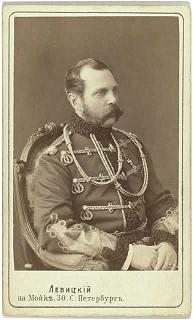 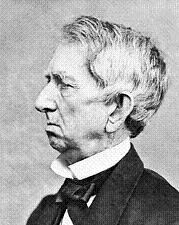 The Alternate History sub-genre of science fiction, though scattered examples have dotted the field’s landscape for quite some time (some spectacularly), has blossomed in recent decades and is now one of the most popular and commercially successful in the science fiction field. So popular has it become, in fact, and with so many devoted followers, that Steven H Silver founded the annual Sidewise Awards in 1995 to honor the best examples of the form, both in novel and short fiction length.

Long before the alternate history sub-genre became as popular as it is today (with Harry Turtledove being its most celebrated practitioner, though a number of others are quite adept at it as well), Old Time Radio was showcasing its own version, as exemplified in the historically accurate and dramatic series Stroke of Fate, which ran for thirteen episodes from October 4, 1953 through December 27, 1953. This NBC radio series was written by Matt Lewis and George Faulkner, ably directed by Fred Weihe, and ran on Sunday evenings at 8 P.M. EST. Lionel Ricco was the announcer.

For this week’s OTR episode, we are pleased to have Steven H Silver as guest “host,” if you will. He has chosen an episode from Stroke of Fate titled “Our Neighbor in Alaska.” His introduction to this episode will provide the details, but a short background into the two major historical players is in order. The Russian tsar (czar) mentioned is Alexander II (1818-1891) who reigned from 1855 until his death in 1891 (photo, upper left). His counterpart in “Our Neighbor in Alaska” was William Henry Seward (1801-1872) who held the post of United States Secretary of State from 1861-1869 (photo, upper right). Seward was the driving force behind what is known as the Purchase of Alaska in 1867, for 7.2 million dollars. It was known at the time, by his critics, as “Seward’s Folly.” Following the purchase, Alaska was first called the “Department of Alaska,” and subsequently the “District of Alaska” and then the “Alaska Territory” before becoming the State of Alaska in 1959. (Coincidentally, for students of trivia, Mark Twain was visiting Russia in 1867 at the very time of the Purchase of Alaska.)

But What if? something had happened to negate this historic sale before its completion? What consequences might have likely arisen to alter reality as we know it today if Russia still owned, and occupied, Alaska? You’ll soon find out following Steven H Silver’s introduction to Stroke of Fate‘s “Our Neighbor in Alaska.”

The familiar opening strains of Richard Strauss’s “Also Sprach Zarathustra” play to open an episode of the radio show Stroke of Fate, fifteen years before Stanley Kubrick combined it with the image of the Sun and Earth rising over the Moon.  Stroke of Fate was a half-hour NBC radio program modeled after CBS’s successful You Are There, the difference being that at some point during the show, the dramatized events veered off into alternate history.

On December 6, 1953, the tenth of the thirteen episodes aired, presenting the listener with a program based on U.S. Secretary of State William H. Seward’s campaign to purchase Russian Alaska from the tsar. For the first eighteen minutes of the program, the script follows historical reality, with Alaska being turned over to the United States and Congress balking at voting for the expenditure necessary to complete the deal. The point of divergence comes when the Russians find gold on the Nome peninsula in 1868 rather than in 1899. With that discovery, the tsar decides not to grant Seward the three month extension it would take before Congress voted in favor of disbursal of the funds and Russia maintained its hold on Alaska.

Written and recorded during the Cold War, the concept of the Soviets holding part of the North American continent was enough to put a chill into any listener. Once the idea that the tsar held onto Alaska was introduced, the dramatization ended as Columbia University professor Richard B. Morris stepped in to speculate on how a Russian colony in Alaska might have changed the outcome of the Russo-Japanese War of 1905, World War II, and what it might have meant to the Cold War, with Russian nuclear bombers able to easily reach the United States.

The cast of eight was led by actor Cameron Prud’homme as Seward as they depicted scenes between Seward and his daughter, Russian diplomats, and American congressmen. The scenes are portrayed well, although there is a certain amount of data dumping as the necessary historical background is provided to the listener. Nevertheless, mostly it is done in a natural manner.

The sound is a little scratchy, which is to be expected from a minor radio show from more than fifty years ago, and at times the music swells to drown out the actors’ dialogue as well. These are minor problems, however, and the scenario is well-written, both the historical and the speculative portions, and presents history and alternate history in an accessible manner.

Steven H Silver is an eleven-time Hugo nominee, the publisher of ISFiC Press, an author, editor, and reviewer. In his spare time, he runs science fiction conventions and enjoys spending time with his family. Rumor has it that he does sleep occasionally, but it hasn’t been proven.

(Editor’s note:  for educational as well as entertainment purposes, the entire Stroke of Fate series can be purchased for $5 here.