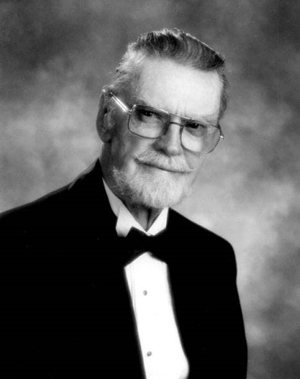 L(yon) Sprague de Camp (1907 – 2000) had his first story, “The Isolinguals,” published in 1937. He wrote fantasy, science fiction, historical fiction, and non-fiction. His best-known fantasies were perhaps the stories (written with Fletcher Pratt) collected as The Incomplete Enchanter (1941); and his best-known historical fiction was The Dragon of the Ishtar Gate (1961) —but he was also well known for his interplanetary SF (such as his “Viagens” novels) and his exploration of time and alternate histories, such as Lest Darkness Fall (1939).

In this story, published (and broadcast) in 1956, De Camp explores the issues surrounding time travel to the far past, including what uses time travel could be put to, and what could happen if one actually tries to create a paradox or explore the so-called “Butterfly Effect”—can time be changed? An interesting take on a now-familiar idea.