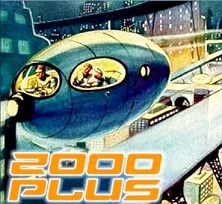 2000 Plus aired “Worlds Apart” on November 15, 1950. 2000 Plus ran from March 15, 1950 through January 2, 1952, and was the first adult SF anthology series (as opposed to serials, most of which were juvenile–Buck Rogers and Tom Corbett come to mind) on radio, beating out Dimension X by a month. For those trying to keep a chronology of the important adult SF series’ straight, here’s a breakdown:

Created by Sherman Dryer, 2000 Plus featured all original scripts, some of which are considered quite good, leading many OTR historians to proclaim that the show has been underrated when compared to those listed above. This might be due, in part, to the fact that only 16 episodes are now extant, and to evaluate a show’s relative level of expertise on such slim evidence is miselading. While estimates vary wildly as to the number of shows aired during the show’s lifetime (some guess 39 or 52), a consensus puts the number at approx 90. How many were original as opposed to rebroadcasts is the question, and with so many episodes “lost” and historical references incomplete, or somewhat confusing (syndicated stations around the country airing the same show but at different dates), it is doubtful at this juncture if we will ever know. What we do know is that a mere 16 shows have survived, and of these the audio quality is up and down (unless digitally remastered).

Fortunately, “Worlds Apart” is one of the episodes with excellent audio quality. Without giving too much away, it tells the story of astronauts returning from a space mission who encounter something beyond their experience, and which takes them to somewhere very strange. There’s an interesting left turn at the end, for those who think they have everything figured out. So settle in and listen to this episode of 2000 Plus, a show dedicated to showing how life might be, or what we might expect to find, in the 21st century.

We would also like to thank, and acknowledge the research assistance and expertise of Old Time Radio historian Karl Schadow in the gathering of information presented in the introductory notes. Any errors are, of course, my own.

{November of 1950 saw the neighborhood miscreants heading for a brisk walk to the corner newsstand–after several of them had been tasked by their fathers to rake leaves–in search of their favorite adventures in “outer space.” Plenty of such adventures awaited them, making their possible selections difficult, with the three magazines below among their choices. Astounding held solid with its monthly schedule as did Galaxy, while Other Worlds would see but 8 issues in its first full year, its debut issue having a cover date of November 1949. Notice the great cover art by Hannes Bok for the November 1950 Other Worlds.} 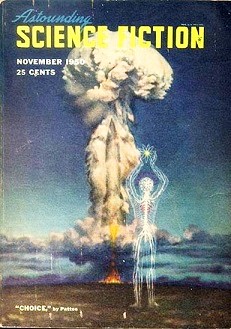 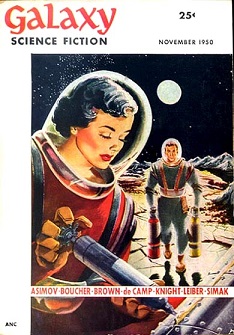 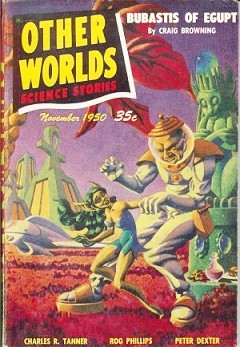