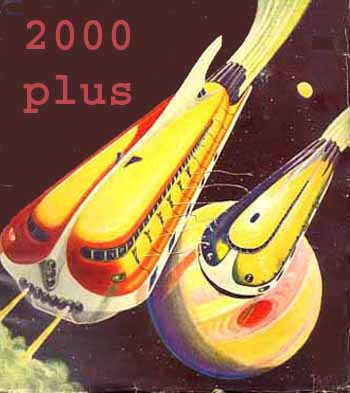 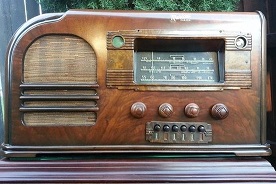 2000 Plus aired “The Other Man” on June 7, 1950 as its 13th episode. [Note: the following information was cribbed from our previous 2000 Plus episode and is used again here for newcomers to these weekly presentations. Following these notes is new material about this particular episode.]

2000 Plus ran from March 15, 1950 through January 2, 1952, and was the first adult SF anthology series (as opposed to serials, most of which were juvenile–Buck Rogers and Tom Corbett come to mind) on radio, beating out Dimension X by a month. For those trying to keep a chronology of the important adult SF series’ straight, here’s a breakdown:

“The Other Man” (aka “The Man Who Found Himself”) is an SF crime story set in the 22nd century. Scott Douglas arrives home from a trip to greet his wife, who is in shock that he is home. Why? Because it has been all over recent news outlets that he is wanted for murder by the World Security Police, and in Cairo, Egypt of all places. I think you’ll like this episode for several reasons. It is a fun thriller/mystery with a core SF element without which the story could not be told, is well acted, and with excellent audio quality and sound effects. The twist/revelation at the very end is handled superbly and leaves the listener standing in the shoes of Scott Douglas, feeling his fear, not knowing if he is to live or die. A solid episode.

{As always, listening to one of their favorite SF programs in June of 1950 rekindled the neighborhood space cadets’ interest in reading their favorite literature, so off they traipsed to the corner drugstore to see if there was anything left they hadn’t already bought with their grass cutting or paper route money. The following are among the selections from which they had to make hard decisions. The Summer issue of the just launched (Fall 1949) F&SF was its third issue, and while the cover was quite unlike anything they were used to, an exploratory purchase was made. Future Science Fiction (at least in this incarnation–it had gone through many name alterations over the years) would run from 1950-54 and this May/June bi-monthly issue sported some heavy duty names on its cover and was snatched up immediately.  Another favorite pulp of the neighborhood gang was always Startling Stories (1939-55), another early pulp known for its garish covers that teased with action and adventure the colorful tales to be found within. In 1950 it was a bi-monthly, which, with exceptions for a few years here and there (notably the war years and the last few of its run when it went quarterly), was its predominant schedule. Notice on the cover a story by the legendary E. E. (Doc) Smith, and one of Edmond Hamilton’s early pulp classics “The City at World’s End.”} 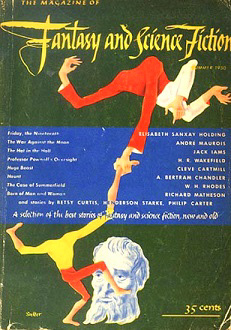 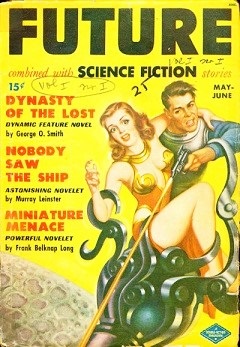 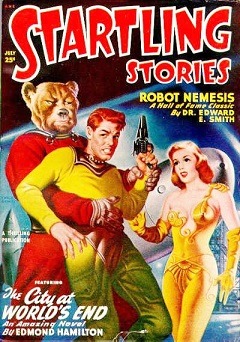