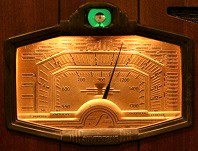 2000 Plus aired “The Insect” on May 17, 1950 as its 10th episode. Borrowing introductory notes about the show from a previous episode, and for the benefit of newcomers to the show, 2000 Plus ran from March 15, 1950 through January 2, 1952, and was the first adult SF anthology series (as opposed to serials, most of which were juvenile–Buck Rogers and Tom Corbett for instance) on radio, beating out Dimension X by less than a month. For those trying to keep a chronology of the important adult SF series’ straight, here’s a breakdown: 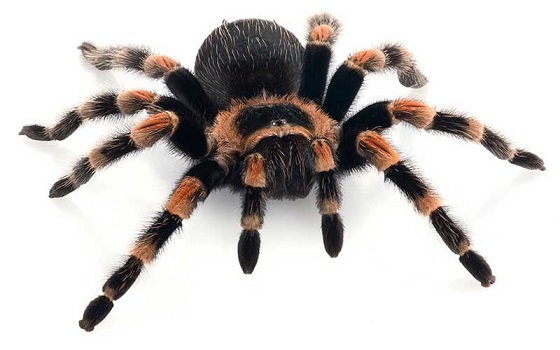 “The Insect” concerns a well-meaning inventor who has discovered–in his home laboratory–a method of increasing the size of insects, among them a moth and a tarantula. Pitching his invention to a university in hopes of a grant to further his research, he is called out of town to the university for a meeting. He leaves his terrified wife at home to feed his ever-growing specimens, a task she loathes but has agreed to do in his absence. One thing quickly leads to another and she and the local grocery boy find themselves locked in the laboratory and hiding in abject terror as the moth and tarantula have escaped. This is not the typical megalomaniacal scientist or a Things-Man-Was-Not-Meant-To-Know scenario, but more a straightforward little horror tale, where it turns out a lack of knowledge leads to unreasoning fear. Worthy of note is the fine performance of the actress playing the inventor’s wife, her terror while trapped in the lab where the slightest move might draw the giant spider’s attention a shiver-inducing experience. So unless you are afflicted with a severe case of arachnophobia “The Insect” is recommended as a fun little way to meet your target heart rate for the day, and without leaving your seat (though you might want to check under it).

{May of 1950 saw the neighborhood gang looking forward to summer vacation in June, and with the weather warming up and the sun shining, their hearts and heads turned, as always, to things far beyond the classroom. Featuring stories far beyond those familiar classroom walls were adventures to be found in their favorite SF magazines. The always reliable Astounding (1930-present, now Analog) held to its solid monthly schedule in 1950. Other Worlds Science Stories (1949-53) published only 31 issues in its wobbly 5-year run, with 7 issues in 1950, while Startling Stories (1939-55) had returned to its regular bi-monthly schedule three years earlier in 1947 after its hit-and-miss efforts from 1943-46 due to the war.} 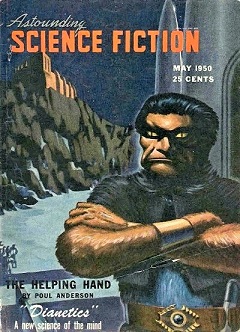 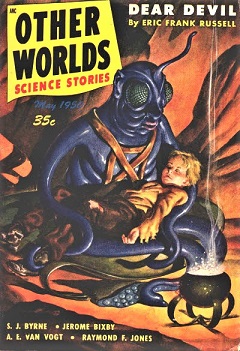 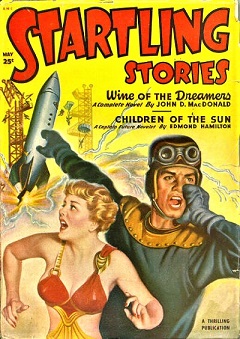