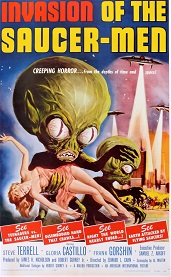 2000 Plus (March 1950-January 1952) aired “Flying Saucers” on August 23, 1950 as its 24th episode of 95. At least, this is the best estimate of OTR researchers, who often disagree on series dates, air dates when syndicated and aired by local stations, and episode numbers. From the scant 16 surviving episodes of 2000 Plus it seems a major loss to OTR lovers, and in this case especially SF fans, for this series is looked on fondly. All episodes feature original scripts, almost all have excellent audio quality, and a general theme running through many of them is that of the promise and/or threat of science and technology. It is definitely a product of its time and should be filtered through the lens of the early 1950s. 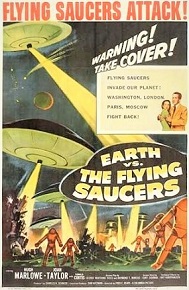 “Flying Saucers” begins as a growing number of flying saucers begin to appear, and more each time we test a guided missile. A decision must be made whether to attack without attempting to communicate with them or to give their inhabitants the benefit of the doubt and treat them as peaceful emissaries. A rather standard and decades old dilemma in SF stories, this is merely the beginning of a rather wild and convoluted tale that–while not providing any spoilers–involves super science, aliens from Rigel some 500 light years away, a shadowy form of infiltration as a means of information gathering (what sort of information you will have to listen to learn), and whether or not said plan succeeds, and why or why not. The author pretty much throws in the kitchen sink of SF tropes here, for just as we think we have the answer to everything a new twist is layered on top of the old one, and when we are led to believe this is the final resolution yet another element is tossed in on top of that one. It’s all too Phil Dickian if viewed from one perspective and does seem too easily contrived, but in its own way it kind of works. After listening to the final lines, go back and listen to the opening lines again. This literary device is a nice touch and somewhat unexpected from an otherwise linear, plot-driven story. “Flying Saucers” is a fun listen and takes those of us of a certain age back to the time (when we were young) when it was all much more exciting and filled with one aspect of what comprised, and has come to be known as, the Sense of Wonder. Today it’s all old hat, though still worth thinking about and having fun with.

{The last gasp before summer vacation would end and the neighborhood gang would find themselves back in school saw them once again gathered at the local newsstand or drugstore looking for adventure and escape with their favorite reading material. As always, Astounding SF was on their must-have list. It was, as it had been since its inception, a monthly in 1950. With the July, 1947 Roswell, NM news of a possible flying saucer crash still very much in the news (as witness this OTR episode a mere three years later), UFOs and other assorted phenomena on the edges of science gave rise to publications like Fate. Begun in 1948 by Ray Palmer, it still publishes today after being sold and taken over by like-minded publsihers several times over the years. Fate ran accounts of UFO sightings and abductions, paranormal and cryptozoology articles, and various outlandish (to some) theories of this and that dealing with the “unexplained.” Fate still runs strong with an enthusiastic following, with not only the magazine but a radio station and Facebook page. In 1950 it published 7 issues. Other Worlds, also founded by Ray Palmer (as a fiction counterpart to Fate), saw its first issue in 1949. 1950 saw 8 issues but financial factors forced it to fold in 1953.} 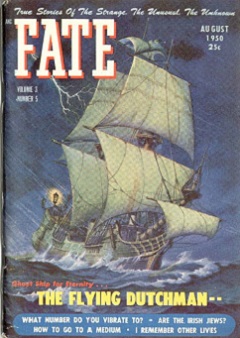 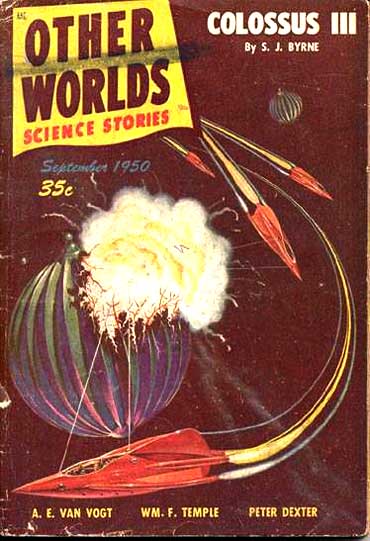