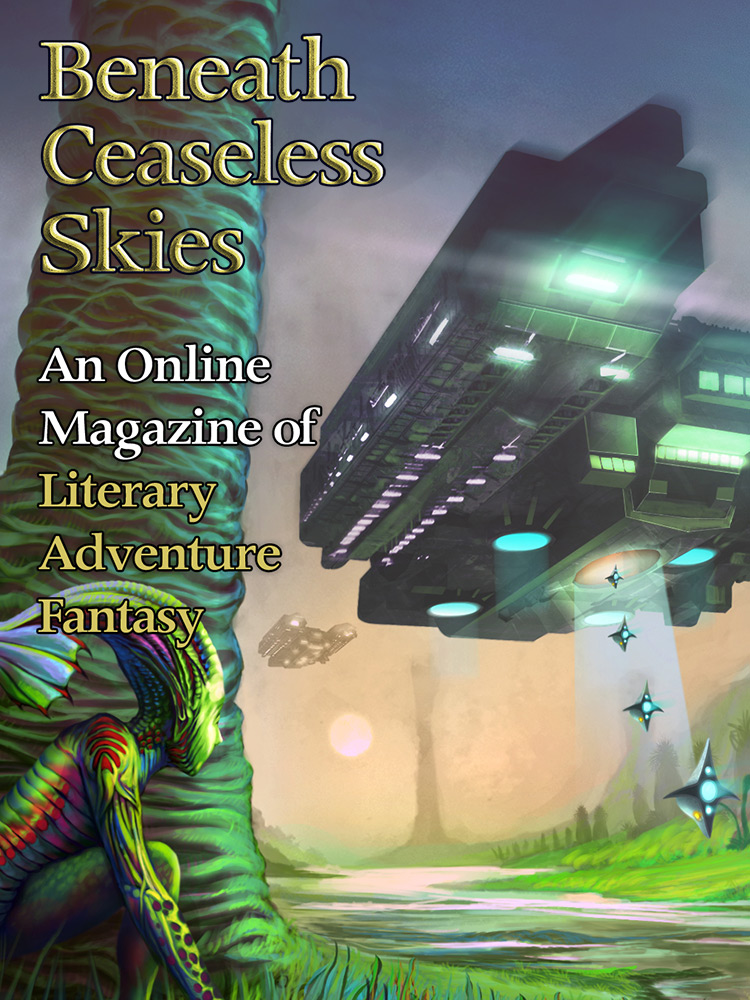 Aliette de Bodard‘s “The Breath of War” is an intriguing mix of futuristic sf and fantasy. Set on a world long at war, its inhabitants have grown accustomed to living their normal lives around it, believing that the supposedly coming peace will never happen. They confine themselves to family groupings, made up of ordinary people and living stone. Each person has a “breath sibling,” carved from the planet’s rock and given life by the breath of the living. The breath siblings are necessary for any woman who wishes to have children, because the baby will only survive with the sibling’s aid.

The protagonist, Rechan, is a pregnant woman who has been long separated from her breath sibling. No one knows where or who that sibling is, until her nephew Mau takes her to find him before she goes into labor. She fears what she has made because it has only prolonged the war. It’s a fascinating and well-written story, with a unique take on the idea of a golem.

“The River Does Not Run,” by Rachel Sobel, takes place in a country long since destroyed by a war both magical and technological. It’s told from the point of view of Doormaker, a female wizard determined to reverse the damage and bring life back to the wasteland. While the plot is simple, the narrative is effective in its portrayal of a post-apocalyptic world, and the desperation of one of its few survivors.

In Nathaniel Lee‘s “Stonebones,” a young girl, Jenivar, is determined to be a knight, and sets off from her village in search of a dragon to slay. She’s naïve and impractically idealistic, struggling to hold the code of a knight in the harsh reality of her desert world. Experience soon teaches her that a balance must be struck between her idealism and the things she has to do to survive, and she realizes that dragons are not the true threat to her world. While it brings very little new to the idea of a desert wasteland, Jenivar herself is an engaging character whose lessons are hard-learned.