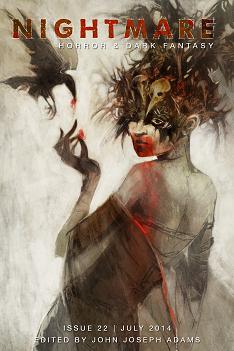 “The Black Window” by Lane Robins

After the sudden death of their parents in a car accident, Holly must give up her career as a field archaeologist and move her teenage twin siblings Maddy and Aiden into a strange old house near the community college where Holly will be teaching. In the attic they find a black window. It’s not painted. It’s not stained glass. Holly and Aiden find a journal written by a previous owner of the house during WWII. The events recorded in the journal show the passive malevolence of the black window and why it is an ongoing threat.

I like the premise of this story. The Black Window is creepy. The sensory detail attached to it creates a clear and chilling effect. As the story progresses I keep tripping over questions about basic story issues. A four story house for a teacher and teenage twins? Why? I have no idea what any of the characters look like. They are tagged almost exclusively by their birth order and their signature emotions. Holly is stressed out and guilty. Maddy is a furious teenager. Aiden is a scared little boy. Given her degree and field experience, Holly must be in her late twenties or early thirties. That puts ten to fifteen years between her and the twins. That makes me want to know more about their parents. Aiden survived the car accident that killed their parents. Does he have survivor guilt? Does he have a more serious psychological condition due to the precise manner of his mother’s death? Finding the journal is a familiar touch. I have a hard time believing the original owner of the house would have allowed the journal to end up lost under the eaves in the attic. He must have kept it with him during the rebuilding, otherwise he couldn’t have documented those events. By the end of the story I still don’t see much character development. Circumstances really haven’t changed, for the three siblings or the Black Window.

A woman keeps killing a man and reviving him over and over again. She wants to know what happens after death. The man can’t tell her because all he remembers is the pain of dying, and then the pain of being revived. The woman thinks he’s holding out on her, so she goes on killing him, varying her methods to further her “research.” Then comes The Ironic Ending.

No depth of characterization here. The man and woman exist in a vaccuum. No names, no back stories, no clues as to any pre-existing relationship between them before she made him her research subject. This is an idea, not a fully developed story.