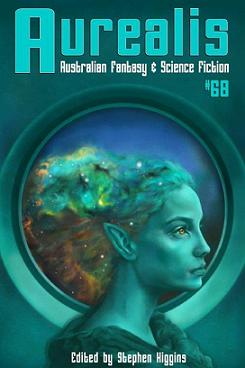 “Icarus” by Tara Calaby is a clever update on the classical Icarus myth. Set in a future Earth, where body augmentation is commonplace (at least among those who can afford it), a new fad is sweeping Europe: wings. Those who get the wings soon create an even more elite societal group. But there are rumors of some of that select group disappearing without a trace. Alex is a technician who prepares the wings to be joined with humans, but she can never afford them herself. She longs to be set free from gravity and her lower class existence, but she would have to steal the wings to make that happen – and she’s not worried about the rumors. It’s a well-written story, though the time Alex spends with the winged set seems a little rushed. Nevertheless, it’s an interesting twist on a well-known tale, with the tech behind the wings just believable enough.

“Avoiding Gagarin” by David Stevens imagines how the US/USSR space race of the 1960s would be if the ‘final frontier’ being explored isn’t outer space, but something a bit more final. Told with generous name-dropping, it manages to evoke that era quite believably. Any fan of the astronauts/cosmonauts of the early space age will get a kick out of this one.