from the Starlog SF Yearbook 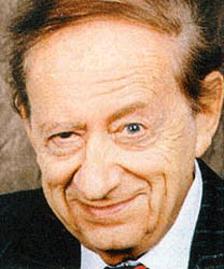 In Memoriam used with kind permission of the Richard Henshaw (Robert Bloch Estate) Agency and Robert Bloch’s daughter Sally (Bloch) Francy, and may not be reprinted in any form without permission in writing.

In 1977 I came up with the idea for an SF Yearbook with a format different from any other that I had seen. I shopped it around and it finally landed—with David Gerrold’s help—at the doorstep of Kerry O’Quinn, publisher of Starlog and Future Life magazines.

So in 1978 I’m given a budget and told to get to work, which I did. A year or so later the Yearbook came out, but, to be totally honest, no one was really head over heels when it came to the production values. But the material! The material was good, but how could it not be with writers like Harlan Ellison, Fred Pohl, David Gerrold, Greg Benford, Algis Budrys, James Gunn, Mike Glicksohn, Joe Haldeman, David Hartwell, Jay Kay Klein, John Kessel, Richard Lupoff, Andrew J. Offutt, George R. R. Martin, Darrell Schweitzer, Harry Warner, Jr., Jack Williamson, a handful or two of others—and Robert Bloch.

In early 1979 I wrote Bob and asked if he would write up notices, appreciations, on some of those who had passed away in 1978. He did, I got him paid, and then a short but nice Thank You letter appeared in the mailbox one day, with not much more than the following: “I’m sure Mrs. Bloch will appreciate the check and happily spend it on a few bags of groceries.” In 1979 dollars he was paid adequately enough, I hasten to add. His piece came to 1,300 words, and I think he was paid $50.

I hadn’t thought of Bob’s “In Memoriam” appreciation piece or his Thank You letter for many years, but recently his name came up at the Black Gate website, which gave me the idea to reprint his piece for all to see. I think it is even more relevant now than ever, for the early part of 2013 has been a tragic year for the SF community, for a number of our greatest, most beloved figures have passed away, all in the space of about five weeks. They are mentioned following Bob’s appreciation. Originally this appreciation ran as text only, but I have added the book and magazine covers for this presentation. I hope you enjoy Bob’s thoughts on how the field remembers—or forgets its family members—and take his sage words to heart. When seeking permission to use this piece, I received the following email from Bob Bloch’s daughter, Sally, which I share with her kind permission:

“I’m sure Dad would be very pleased, and I hope he and Rich Matheson are chatting about it as I ‘speak.’

“I babysat for Matheson’s kids and rode horseback with their oldest daughter, Tina, who was only a few years younger than I. I lived in a rental in Hidden Hills, where Ruth and Rich lived (and Ruth still does) before I got married, within walking distance of Matheson’s. I have stayed in touch with Ruth over the years.

“Rich’s passing, though not a surprise, given his age and health issues, was still a shock. He and Harlan Ellison are the two people I knew from when I was a teenager, and to whom I still feel strong emotional ties to my father. They are the last of his generation of the people I knew. I miss my dad every day, still! And FYI, I’m 7 years older than you. Ah, to be 62 again! Time seems to gain momentum as we get older. It’s starting to get scary. I still ride horseback. My horse and I are both ‘senior citizens’, but we’re faking it the best we can. As long as I can still ride, I’m good!!

Without further ado, I give you Robert Bloch’s appreciations of J. Francis McComas, Eric Frank Russell, and Leigh Brackett.

We thought we were immortal.

There was a time—a span of several decades—when science-fiction writers seemed to bear charmed lives. If pressed, we could recall the distant deaths of Robert E. Howard and H. P. Lovecraft, but these events occurred long ago and far away. What’s more, the deceased had been writers of fantasy, not science fiction.

On the face of the evidence therefore, we were invulnerable and eternal, or so we believed.

And why not? Wasn’t the very father of modern-magazine science fiction, Hugo Gernsback himself, still around to prove our contention?

I well remember the 1952 World Science Fiction Convention banquet in Chicago. Here as toastmaster, I shared the podium with Gernsback and we visited for several hours before I introduced him as “the father of science fiction.” Not to be outdone, he participated in a presentation to Raymond A. Palmer as “the son of science fiction.” The proceedings were witnessed—and heartily applauded—by the likes of Anthony Boucher, John W. Campbell, E. E. Smith, Ph.d., Cyril Kornbluth, Willy Ley, Charles Beaumont, E. E. Evans, and Rog Phillips.

Where are these immortals now?

Gone, all of them.

Plus scores of others over the succeeding years.

Once upon a time the passing of a single professional SF writer—or the death of a single fan—sent shockwaves rippling throughout the field. It simply seemed incredible that anyone connected with this youthful and youth-dominated genre could ever die. But when such a rare event occurred, we reacted—for there were far fewer of us in science fiction then and every loss was known and mourned by all.

Then, as time went by, those losses grew—but the increase in the number of fans and pros was even greater. So great, in fact, that many of today’s readers and writers take scant notice of necrology, let alone mark or mourn a passing as in the past.

Thus it is that both the “father” and the “son” of science fiction departed with comparatively little concern or commemoration on the part of the field.

Apparently we no longer find it fashionable to contemplate death. But we can’t ignore its presence or its prevalence.

Each year offers fresh evidence that we are mortal after all, as our best and our betters go down into dust.

1978 proved no exception. Among those whom we lost were three of science fiction’s great names—J. Francis McComas, Eric Frank Russell, and Leigh Brackett.

I never knew “Mick” McComas, but like many others in the field, I was aware that his life and work profoundly affected my own. For it was he, who along with Anthony Boucher, co-edited and co-conceptualized The Magazine of Fantasy and Science Fiction during its vital formative years.

In so doing they created not only a major market but a major influence which has exercised a profound effect on all imaginative literature written during the past thirty years. Others have offered editorial guidance but Mick and Tony led the way.

Tony, God love him, was the extrovert, the public figure whom I was privileged to meet at many a convention. To most of us outside the Bay Area of the west coast, McComas remained a shadowy, almost legendary figure.

But time and again—when discussing F&SF‘s general policies or reactions to a specific story, Tony would say, “Let me see how Mick feels about it.” There can be no doubt as to the importance of J. Francis McComas’ contribution.

Although details of his personal life are not known to me, I do not regard him as a stranger. By their works shall ye know them, and in that sense all of us are well-acquainted with this man. And all of us owe a considerable debt of gratitude to someone who—without ego-tripping and also without receiving his proper due of egoboo—played a key role in the maturation and sophistication of science fiction as we know it today.

British-born Eric Frank Russell, unless I’m mistaken, visited the United States only once, but his work reached us frequently and it traveled well.

Most specifically during the twenty-year period between 1935 and 1955, he was an outstanding contributor to American science fiction and fantasy magazines. Two of his novels, in particular—Sinister Barrier and Dreadful Sanctuary—were highly popular with readers and highly-regarded by his fellow professionals. But it was for a short story—“Allamagoosa”—that Russell won his Hugo in 1955. His published output decreased thereafter and his influence inevitably and accordingly declined. But his best work secures him a permanent place in the pantheon of science fiction.

Again I am mindful that most of us never enjoyed the opportunity of meeting the man. Fortunately, as is the case with McComas, he left us with a lasting legacy. Eric Frank Russell’s work remains; if you aren’t familiar with it, I commend it to your attention. Once read, neither the effort nor the author can easily be forgotten.

I first met Leigh Brackett in 1946—six years after she made her debut as a professional writer of science fiction.

The occsaion was the World Science Fiction Convention in Los Angeles (although purists will probably maintain that it wasn’t actually called a “World” Convention in those distant days).

During the banquet, Leigh was seated at the speakers’ table between Ray Bradbury and myself. Ray was one of her protégés—and to this day he’s one of the many who acknowledges his debt to this woman both as a talent and as a friend.

Through the years I had the great pleasure of seeing Leigh and her husband, Edmond Hamilton, on many such occasions. One of the first women to achieve eminence in contemporary science fiction, she was also a consequential contributor to screenwriting.

Fandom acknowledged her importance when she and Ed were chosen as Worldcon Guests of Honor, and Hollywood respected her scripting of films directed by Howard Hawks over the years.

But in all Hollywood—and all of the science fiction field—there was never a more modest, unpretentious and unaffected person than Leigh Brackett. She didn’t dwell on her considerable achievements, never indicated an awareness of her own importance, never capitalized on it. Leigh was a private person who quietly underplayed her own reactions.

A year or so before her tragic death, Edmond Hamilton died of cancer. It was a tragic loss to her, as it was to the world of science fiction, but she bore her sorrow with dignity and calm control. And it was typical of her behavior that most of us never knew that she had herself knowingly suffered from the same affliction for four years prior to her husband’s death. She kept on working until the very end—and hopefully we will see her final contribution to our genre when the sequel to Star Wars is released.

Meantime, if you have any doubt as to her place in the field, read one of her novels—or her short story collection, The Best of Leigh Brackett.

Unfortunately, I find that title a misnomer. To me, and to everyone privileged to know her, the best of Leigh Brackett was the lady herself.

It is, perhaps, mawkish to mourn. But if science fiction holds any meaning for any of us, then it is right that its creators be remembered.

Leigh Brackett—an inspirtion to the women writers who followed, a talent honored by contemporaries, and above all, a friend cherished by all who were privileged to know her—

With the alarming series of deaths in this first half of 2013, and with Bob Bloch’s words once again fresh in our memories, it is fitting we remember—again—the following recently departed members of our family: 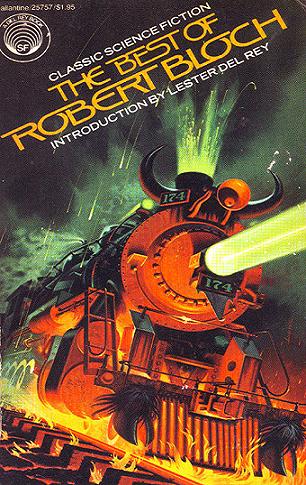