This batch of photos plucked randomly from the bottomless box seems to be from 1998-2001. Following is just a sampling from several Nebula events, a World Fantasy Con, a Worldcon, and a Readercon. 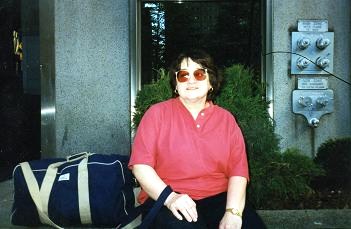 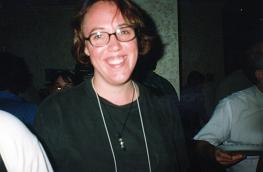 At Left: Locus Online short fiction reviewer Lois Tilton. We shared a bus ride to the airport after the convention. 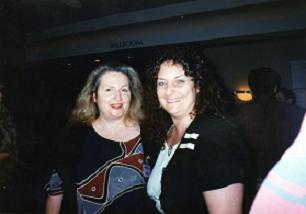 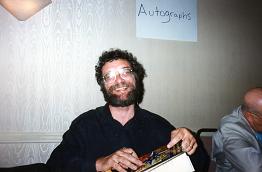 At left is Terry Bisson. At center are Pat Cadigan and Ellen Datlow. Michael Swanwick is at right. 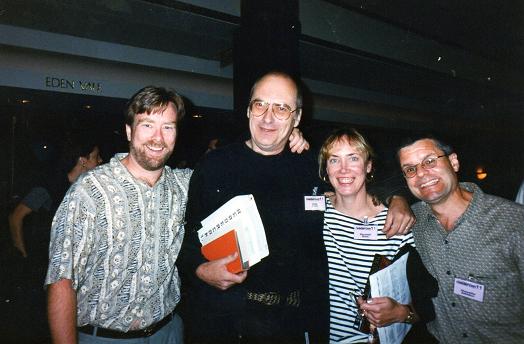 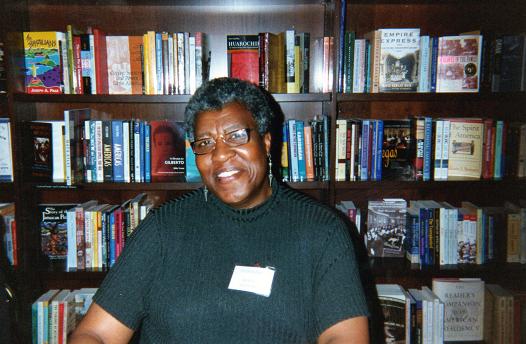 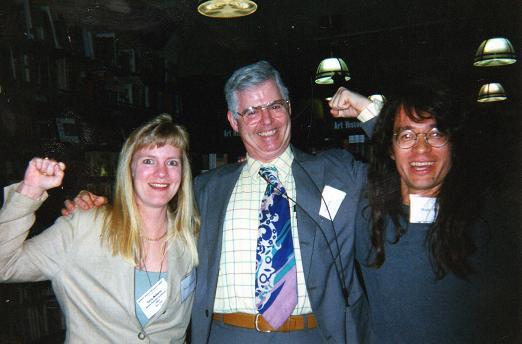 (I don’t know if Terry remembers, but we took several heavy boxes of the special Nebula issue of the SFWA Bulletin in a cab to the B&N, then lugged them up many stairs to I think the third floor for distribution during the author reading. It was hot up there, but I remember everyone having a great time.) 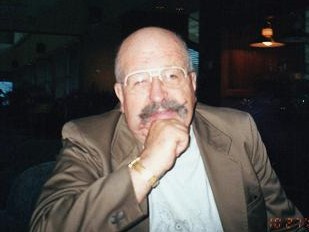 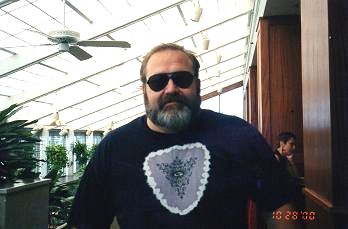 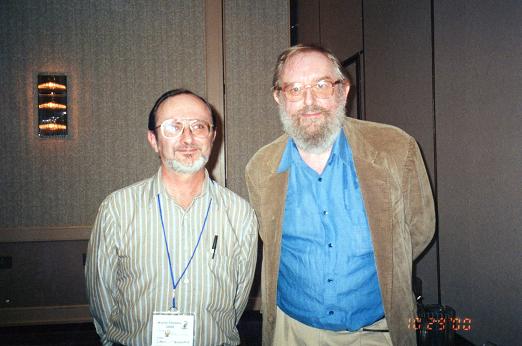 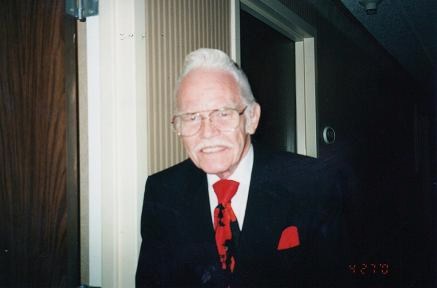 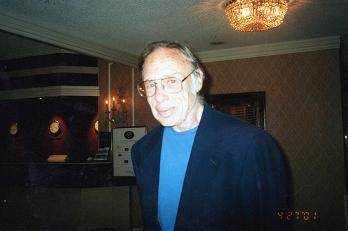 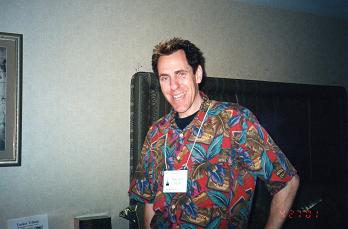 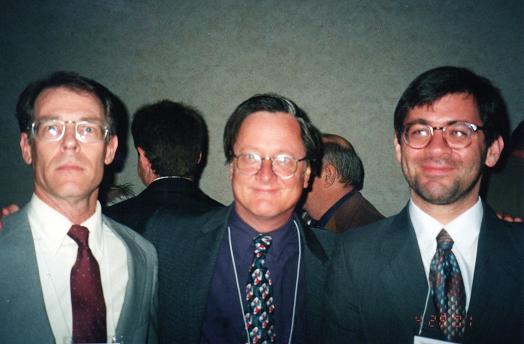 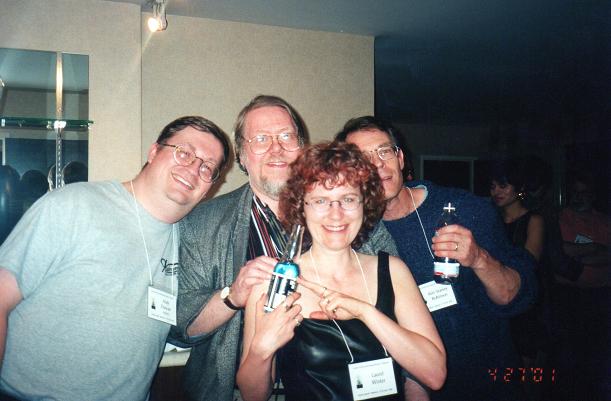 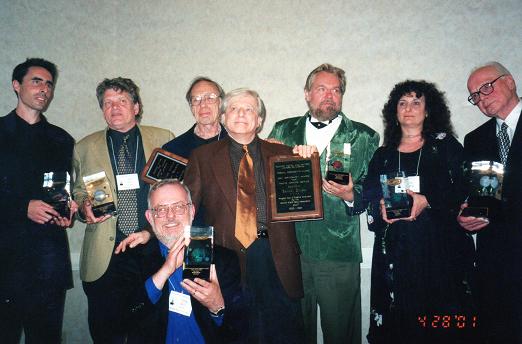 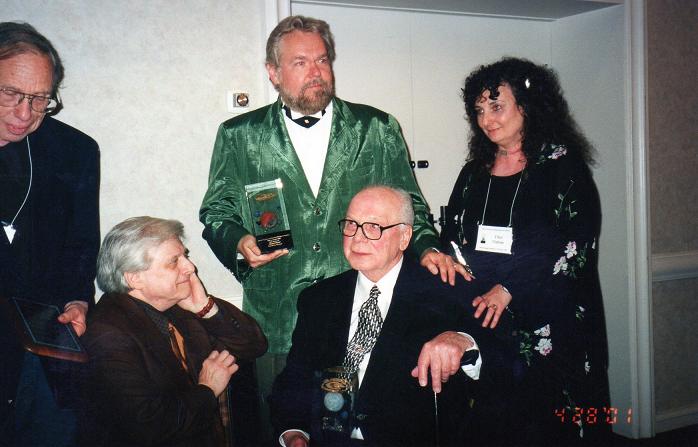 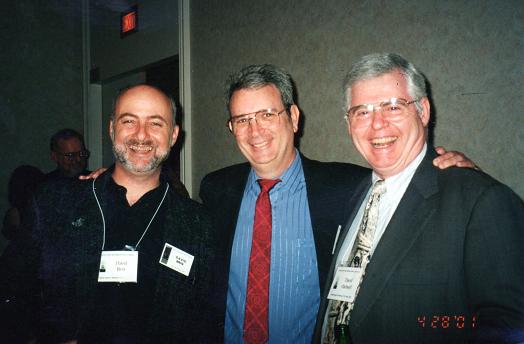 I ran into these three co-conspirators in the hotel hallway before the awards dinner and couldn’t resist taking this photo, primarily because we all shared the same first name. From left to right: David Brin, David Gerrold, and David Hartwell. Photo by David Truesdale.