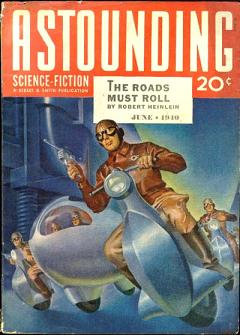 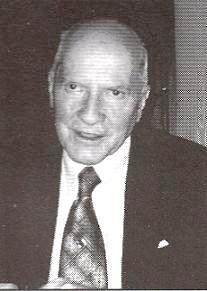 X Minus One aired Robert A. Heinlein’s “The Roads Must Roll” on January 4, 1956. This famous RAH story first appeared in the June 1940 issue of Astounding Science Fiction. It has been reprinted many times, most notably in Adventures in Time and Space (1946), edited by Raymond J. Healy and J. Francis McComas, and in the Science Fiction Hall of Fame: The Greatest Science Fiction Stories of All Time (1970), edited by Robert Silverberg.

In essence, Heinlein (1907-1988) sets up a future conflict between “management” (in this case a quasi-military organization controlling the oversight and smooth functioning of the conveyor-like roads upon which people and cargo travel throughout the country — automobiles and roadways having been forbidden and torn up, respectively) and a “union” (in this case a power hungry labor organizer who attempts to rally his fellow engineers–there is no formal union–for it is they who make the roads roll). He convinces them to take control of the transportation system by going on strike, and using such strong arm tactics as terrorism to enforce their demands. The issues raised are still relevant today, and you will hear how this issue resolves itself in this but one of several of Heinlein’s “social science fiction” stories for which he was early-on known for pioneering.