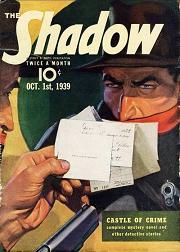 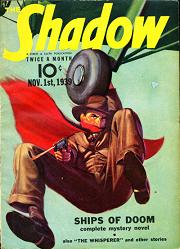 The Shadow (1937-54) aired “House of Fun” on October 22, 1939. This adventure has Lamont Cranston and Margo Lane in the midst of a story involving the stock market, the mob, and a scheme to rule the world by an evil Bad Guy, and where Margo volunteers as bait to trap the cackling mad man while visiting the “House of Fun.” As in so many and varied Old Time Radio melodramas, so too in this one does the Bad Guy sound like Bela Lugosi in his famous role as the iconic Count from Transylvania in Dracula. Why is that? Did Bela’s thick accent and evil countenance in the 1931 film strike such a deep chord in viewers (and now listeners) that it quickly became the epitome–the very personification–of evil, whenever and in whatever medium it was thereafter used?

We haven’t featured a The Shadow episode for six months, so thought it was high time we did so, especially now that summer is upon us and families are ready for outdoor activities such as traveling carnivals, many of which have fun houses, though hopefully not as dangerous as in “House of Fun.”

{Alongside the SF and F pulps at the corner drugstore in late 1939 were many other various pulp magazines, the detective genre perhaps the most well represented. A random sampling is shown below. Of special interest is the blurb on the cover of Gangland Detective Stories: “Maidens for Satan’s Death Ray.” Corny, laughable, and camp as all get-out, it also shows an obvious SF influence on the cover of a hardcore detective magazine.} 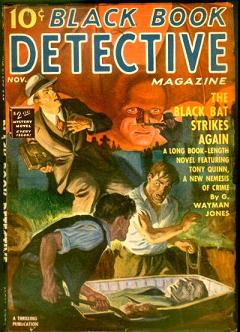 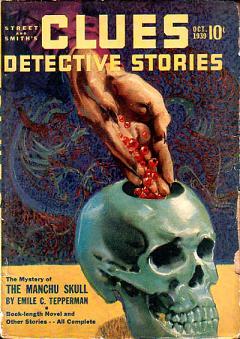 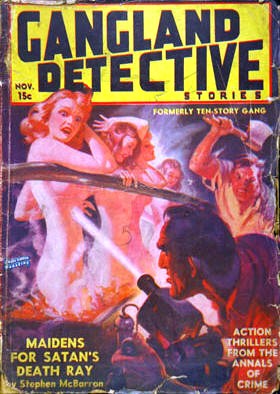