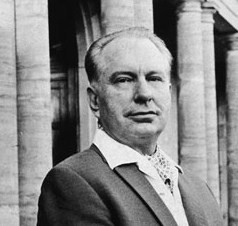 Dimension X aired “The Professor was a Thief” on November 5, 1950. A disbelieving newspaper editor receives what he takes to be a crank call from one of his reporters, said frantic newspaperman reporting that Grant’s Tomb has simply disappeared. Believing the reporter to be in his cups the editor calls him crazy. But when the Empire State Building also takes a powder, the editor–and the city–begin to take note. Could hidden powers deep within the human mind have the power to do such things? And what might one of Einstein’s theories have to do with these strange disappearances?

Take a listen to this inventive tale by L. Ron Hubbard (1911-1986) to see how radio adapted his original novelette.

Along with L. Ron Hubbard’s “The Professor was a Thief,” the February 1940 issue of Astounding Science Fiction included the following stories: Part One of Robert A. Heinlein’s serial “If This Goes On…,” “Locked Out,” a short story by H. B. Fyfe, Ross Rocklynne’s novelette “And Then There Was One,”  Leigh Brackett’s short story “A Martian Quest,” “High-Frequency War,” a short story by Harl Vincent, and Norman L. Knight’s short story “Bombardment in Reverse.”

{November of 1950 saw the neighborhood gang–fresh from Halloween less than a week earlier than this episode of Dimension X–heading with the usual enthusiasm to the corner newsstand to score some good reading for the coming chill November nights, a few examples of which are displayed below.} 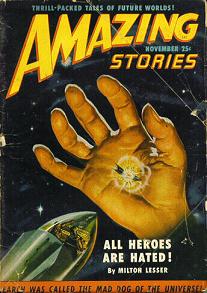 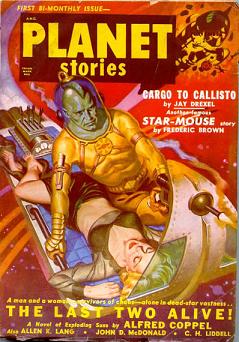 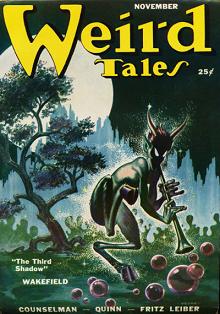