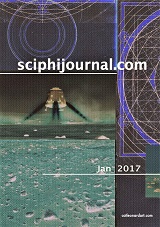 “It’s Me or the Robot” by Mark Kirkbride

“The Price of Knowing” by Nick Nafpliotis
“Nascent” by Katie Winkler
“Yours in Heaven” by James Beamon
“The Unintended Consequences of Driverless Cars” by Charlie Fitch
“Anticlimatic” by Arlan Andrews, Sr.
“After Jerusalem” by MarkPatrick Lunch

“It’s Me or the Robot” by Mark Kirkbride tells the story of a 3D printed robot whose very existence threatens the natural balance of the protagonist’s family; first as a child-replacement, then as a companion. This short piece features classically cyclical plot points. Abrupt transitions may appear confusing as readers follow the robot’s growth.

In “The Price of Knowing” by Nick Nafpliotis, Sally Watson commands Voyager 4 into deep space, where she and her crew clash with an all-powerful entity that threatens humanity. This horror story milks dialogue from a gleefully evil antagonist, juxtapositioned with Watson’s decisive commands.

“Nascent” by Katie Winkler follows a scientist who interviews the AI they helped create, and the woman it has physically attached itself to. Winkler gets to the point with a strong opening line, from which the compellingly cynical voice of the narrator draws the reader along to an open-ended finish. “Nascent” questions the symbiotic relationship between the AI and the woman through the eyes of a character who objectifies both.

In the dark SF comedy “Yours in Heaven” by James Beamon, former alien prisoner writes back home explaining how he now commands an alien army because, as it turns out, humans are war experts. Beamon uses a mixture of true-to-life facts, such as the names of real guns, and ridiculous out-of-this-world details, such as Roswell-like and furry aliens, to fine-tune this surreal, bloody piece. Complete with an equally ruthless woman who serves as love interest and antagonist to Beamon’s morally reprehensible protagonist.

Told from the perspective of a London cabbie in the future, “The Unintended Consequences of Driverless Cars” by Charlie Fitch explores the narrator’s suspicion that his wife is having an affair, while also showing the reader how driverless cars have replaced the traditional cabs that the protagonist loves.

“Anticlimatic” by Arlan Andrews, Sr. takes readers to an alternative present where climate science has progressed to the point of controlling weather and, as a result, space exploration suffers. Dr. Emily gives a passionate speech after NASA’s continuous failures result in its defunding. An entertaining parallel highlighting current scientific controversies.

In “After Jerusalem” by MarkPatrick Lunch, Catholic priest Father O’Connor hears the confession of a scientist who feels responsible for tragic unintended consequences of terraforming their current settlement. The reader knows less than the narrator and discovers the dark history of settlement through the roundabout method of listening to the scientist’s confession.