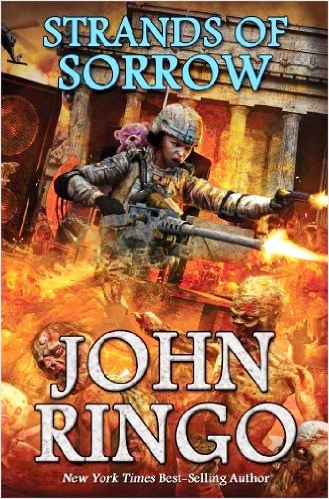 I groaned when I opened the box containing all four volumes of John Ringo’s Black Tide Rising series. I hadn’t read any of them and was interested in reading and reviewing only the latest in the series because of its 2015 publication date. I groaned again when I saw they were apocalypse novels, for I had tired of them as a general rule and had already read three in 2015. And shaking my head I groaned even louder a third time when I learned that zombies were the cause of this apocalypse. Not another zombie story, I grumbled. Books, TV, movies; zombies were everywhere these days—and have been for years now—and many of us have long had our fill of them, fascinating as we may have found them at first blush. But after a while, the charm of these grisly, action-oriented stories wears thin, we have been shown all of the iterations and scenarios (granted, some much better than others) and we know we must wait for the cycle eventually to wind down as they inevitably do and another SF theme takes its place (plague, collapse, apocalyptic stories from the 1910s on, atomic mutation and nuclear holocaust stories in the 1950s, New Wave stories in the 60s and early 70s, cyberpunk in the 80s, and steampunk and urban fantasy in the 2000s, the list goes on forever).

Putting my triple groans to the side I nevertheless decided to read the first in the series to get a solid and proper grounding for what was to follow, then read the cover flaps and do a quick scan of the second and third entries, and finish by reading the fourth. After all, it was the new one from 2015 in which I was interested.

The first volume, Under a Graveyard Sky (September 2013, 363 pp., hc), introduces us to the family we follow in all four novels: Steven John “Professor” Smith, formerly of the Australian military now living with his family in the northeast United States, his wife and med tech Stacey, and daughters Faith (13) and Sophia (15). Intelligent, educated, and prepared for a dire emergency of any variety with “bug-out” bags and ready supplies, their foresightedness comes in handy when Steven’s brother gives him an early tip regarding the just-discovered and not-yet understood “plague” beginning to affect mankind in isolated locations but which seems to be spreading quickly.

The plague, we soon learn, is man-made and spread by terrorists of unknown origin or ideology. The double-stacked, piggy-backed pathogen is comprised of what appears to be a common airborne influenza virus which then triggers the deadly rabies-akin virus which is blood-borne. It has been placed in airports, bus and train stations, and anywhere large groups of people congregate, insuring the virus will be easily spread via its numerous ground zero vectors. The incubation period for the initial flu, when no symptoms are visible, is from 5-7 days, allowing plenty of time for it to spread before the killer virus kicks in (with itching and an uncontrollable urge to discard all clothing, while at the same time causing brain damage resulting in madness, causing the infected to crave human flesh, i.e. the zombie plague nomenclature). A few isolated medical facilities are scrambling to find a vaccine, but initial progress is glacially slow. In the meantime, the plague is spreading worldwide and people must fend for themselves. One never knows when anyone will “turn,” because there are no initial symptoms; yet another reason to fear anyone and everyone, even those close to you be they friend or family.

Following a harrowing escape from New York, killing zombies with accumulated weapons both large and small, the Smith family escapes on a small rented boat, loaded down with supplies sufficient for a few weeks, maybe a month.

From then on all four volumes take place roughly 90% on water (which sets this zombie scenario apart from others known to me and is a refreshing change of pace right from the start), as the Smith family trades up as they find ever more spacious boats, yachts, and even civilian cruise ships to restock their supplies of food, water, and fuel. Those not abandoned must be cleared of zombies, of course, and it’s a grisly, learn-as-you-go process. Any survivors are rescued, quarantined until certain they are not infected, and given a choice: remain with the Smith family and their small but growing flotilla of boats and work for their keep, or be put ashore and left to their own devices (which will assuredly result in their deaths). Most stay aboard and contribute where and when they can, especially valuable among them being those with military backgrounds.

And speaking of the military, when contact is eventually made with the uninfected crew of a submarine, things begin to look up. Though ground-based military bases are hit as hard as anywhere else, there are survivors, and through still operative satellite communications a network is established, including to what is left of our government.

The search and rescue operations spread across the Atlantic to the UK on one front and to the Gulf of Mexico on another. One step at a time areas are cleared—coastal villages and seaside resorts, not to mention the facility at Guantanamo Bay (a bloody, arduous task)—and a wide cross-section of the few remaining survivors are rescued and added to the growing number of those able to assist the recovery operation, depending on their skills or areas of professional expertise (engineering, medical, military, etc.). And so it goes, one location at a time.

If not for the order the military brings to this global catastrophe, its command structure, organizational and tactical capabilities during a disaster, fighting ability (not to mention caches of weapons in selected armories) and communications network, chaos would reign. Order out of chaos and a ray of hope for what is left of mankind cannot be over-estimated. The military is a key, essential element here, with its ability to adapt to any field situation as it develops, and to improvise accordingly.

John Ringo’s ability to make this an interesting read for those perhaps not interested as much in the military aspect is to be lauded. Colorful characters and their stories leaven the grisly, horrific scenes where hundreds or thousands of zombies are dispatched on entire ships, one cabin or hold at a time—not a picture for the faint of heart, though necessary to ground the stark reality of this nightmare scenario—not least of which is the character of thirteen year-old Faith, who through her hatred of and fanaticism for killing zombies comes to be known as She Wolf, a legend throughout the ranks of military and civilian survivors in all of the territories and linked ships now reclaimed. In fact, Faith takes center stage in much of the four volumes, her intelligence and ferocity unequaled, even more so when you remember she is but a thirteen year-old girl. She is an unforgettable character, and one can see why the author chose to make her a prominent figure, showing not only her legendary fighting ability, but her internal growth as well, her adolescent to adult decision-making process as she leads zombie-clearing assaults with her own and others lives at stake, and a leader who learns the hard way the responsibilities of command. It’s a heavy burden for anyone, much less an adolescent, which makes Faith such a fascinating character—and dare I say role model?

While Faith may be the most interesting character, there are many others who find their rightful place in these four books, characters whose roles involve the military/government in important ways, as in resource and tactical measures assisting in the reclamation of US coastal land or islands throughout the Atlantic. Their stories involve a broader picture of the devastated world in which they find themselves, providing contrast and counterpoint to the day to day, in the trenches struggles of the Smith family and the simpatico submarine commander and crew who have joined the fight they single-handedly began in book one.

Needless to say, there is much more here I haven’t mentioned, but is worthy of note or emphasis: the role of the military in several crucial ways, without which all would be lost; the role of individual preparedness and willingness to face harsh reality; the many diverse people rescued, some of whom are not psychologically prepared for such a catastrophe and either find it within themselves to step up—or succomb and die; those people who, in contrast, find within themselves the strength and courage to face reality and join those trying to re-establish a foothold in a new world; and last but not least, the overriding commitment and resolve in the face of unspeakable horror of people of all backgrounds, to survive, to learn new skill sets or retool their civilian occupations for the benefit of all. All of these scenarios and bits of business reveal a psychological and sociological spectrum of humanity worthy of classical case studies in both disciplines, and serve to enrich the action- and plot-driven front story.

Despite my triple reservation about these books: yet another apocalypse saga, a zombie apocalypse on top of that, and the daunting task of being presented with all four novels which I assume it was hoped I would read (as if) in order to review primarily the newest one, I found myself unable to put them down. I read the first one in short order, but rather than skipping over the next pair and reading the fourth, I found myself devouring the next three quicker than the first. I had to find out what came next. John Ringo’s Black Tide Rising tetralogy flies in the face of everything I had convinced myself (with good reason) I wouldn’t like. He proved me dead wrong.

Lovers of zombie or apocalypse scenarios are going to love these books, and if you’re a fan of military fiction as well, you’ll have hit the ultimate trifecta with John Ringo’s Black Tide Rising novels.

And hold the phone, this just in: a new original anthology set in the Black Tide Rising world will be available in June of 2016. Black Tide Rising will include stories written by the likes of John Scalzi, Eric Flint, Sarah A. Hoyt, Jody Lynn Nye, Michael Z. Williamson, John Ringo himself, and others. The mid-2016 publication date will give those who have not yet read the previous books plenty of time to catch up, as all of them are now available in paperback. 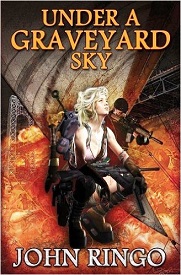 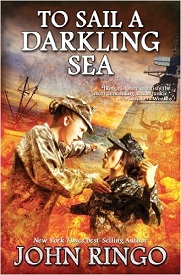 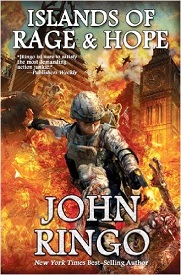 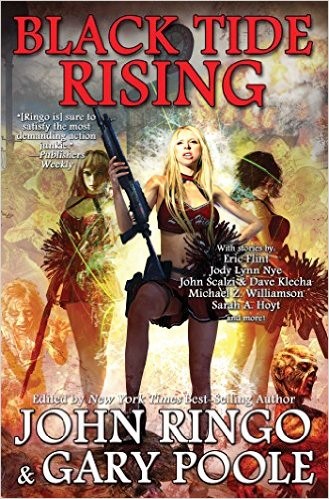 Dave Truesdale has edited Tangent and now Tangent Online since 1993. It has been nominated for the Hugo Award five times, and the World Fantasy Award once. A former editor of the Bulletin of the Science Fiction & Fantasy Writers of America, he also served as a World Fantasy Award judge in 1998, and for several years wrote an original online column for The Magazine of Fantasy & Science Fiction. Now retired, he keeps close company with his SF/F library, the coffeepot, and old movie channels on TV. He lives in Kansas City, MO.